Only a few months after the founding of the company and just entering the design phase for our platform, this conference for us focused on one thing: spying. Or as the industry likes to call it, corporate espionage. What we were up to isn’t likely to shift the epicenter of an entire industry but let us have our fun.

Attending under an alias name, we wanted to find out competitors were building, selling, and integrating. How did they demonstrate their products? What capabilities did they include? Did anyone touch upon something close to integration middleware? And just why was every company representative so enthusiastic about “integrating with everything” when it was often apparent this really meant “I’ll say whatever it takes to make the sale and then charge thousands for professional services later”?

We also wanted to learn from colleges and universities without that look of disappointment once they find out you are actually a company trying to sell them something and instead of another friendly school. What pains were they experiencing? What vendors did they look up to? Frown upon? Would they actually pay for a integration service should we build it?

Fortunately for us it worked out on both sides of the coin. The need for tools to quickly create and debug integrations was immediately apparent. Then while a few companies stuck their noses up saying “we already have a team for integration” (they’ll come crawling back…) many were receptive to the idea of simplifying product management, expanding integration capabilities, and lowering costs, particularly across LMS platforms. Equally many schools were interested in the idea of eliminating custom hooks, becoming more resilient to system upgrades, and, of course, not paying vendors for custom development!

That’s all the validation we needed. Full steam ahead. 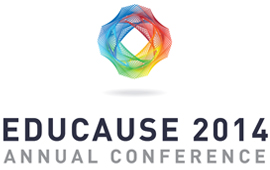 Today we begin our second Educause annual conference with a triumphant return to the start-up alley. Why triumphant? One simple fact: As opposed to last year Apidapter is live, ready for use, and has been Read more…

With the success of the recent private beta program we are happy to announce that Apidapter has launched for public beta! Your integrations can’t wait and neither can we. Get on it!

Exciting news for the start of 2014! Apidapter was officially released today in private beta. If you are one of the lucky few to participate, fantastic. We are delighted to be helping you power through the Read more…